Since 2007, SenecaGlobal has been committed to helping our customers accelerate innovation

The idea of SenecaGlobal was birthed over dinner at a now defunct Chicago restaurant. What if we created an IT services firm with a people-first culture that focused on solving complex technology challenges for growing companies?

In 2007, Ed Szofer, Rao Tummalapalli and Swaminathan Mani turned inspiration into reality with the founding of SenecaGlobal.

The senior executives previously worked together at companies where they had significant success, including Whittman-Hart (where Ed was president and COO), Divine Interventures (where Rao was managing director of offshore development) and Alliance Consulting. 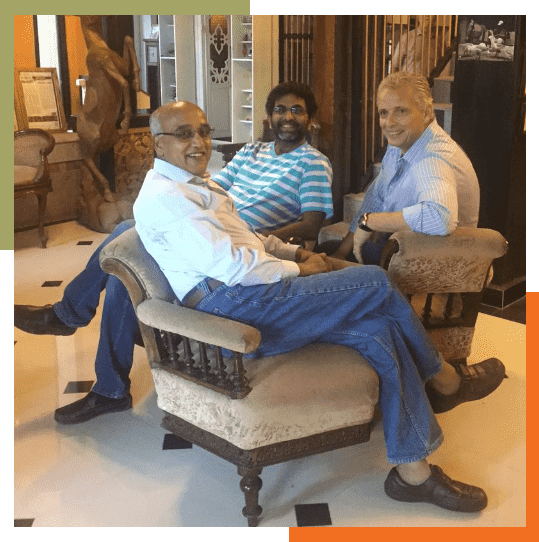 SenecaGlobal puts into action the culmination of lessons learned during years of IT and leadership experience. The result — a thriving company focused on:

SenecaGlobal has two main locations: a management, sales and delivery center in Chicago and a software development and testing center in Hyderabad, India.

SenecaGlobal believes in coexistence and a brighter future. We consider social contribution a moral obligation of all individuals and institutions.

We aim to involve our associates in contributions to improve the quality of life for our society through integrated and sustainable development. In turn, this creates a platform for finding meaning in life outside the workplace and altruistic satisfaction for our associates by leveraging our inherent core competencies.

View CSR Policy
We use cookies on our website to give you the most relevant experience by remembering your preferences and repeat visits. By clicking “Accept All”, you consent to the use of ALL the cookies. However, you may visit "Cookie Settings" to provide a controlled consent.
Cookie SettingsAccept All
Manage consent